What is the market principle of price fixing?

The prices of a good or servicefall - when supply is more than demand - then buyers are in a stronger position.

The prices of a good or service rise when demand is more than supply – then sellers are in a stronger position.

We share with you statistics from the most popular and up-to-date information the real estate site – Property.bg. The example refers to 2-bedroom and 3-room properties in the central part of Sofia, which largely reflect the moods of the pzar, about the supply and demand of properties.

The graph shows the change in supply (publication of advertisements) from late 2019 and early 2020 to April 2021.

The graph shows the change in the number of searches between the end of 2019 and April 2021.

Is there a bubble in property prices?

What does it mean to have a bubble in a market sector? In short: there is a bubble when in a short period of time the price of a commodity rises sharply in view of expectations of a general change in a market.

Example 1: The first financial bubble in history is considered the "Tulip Obsession" in the Netherlands in the 16th century. Tulip bulbs were traded on the exchange and were very popular among the wealthy. Tulips were imported from Turkey, and the interest from the wealthier was so serious that the supply of oil could satisfy demand and prices jumped thousands of times, bringing the price of 1 bulb to the price of 25 tons of oil! People sold land and houses so they could get hold of the rare divine flower.

Example 2: Everyone thought of the ".com" (dot com or dot com) bubble,which refers to the share prices of technology (Internet) companies between1999 and 2002. 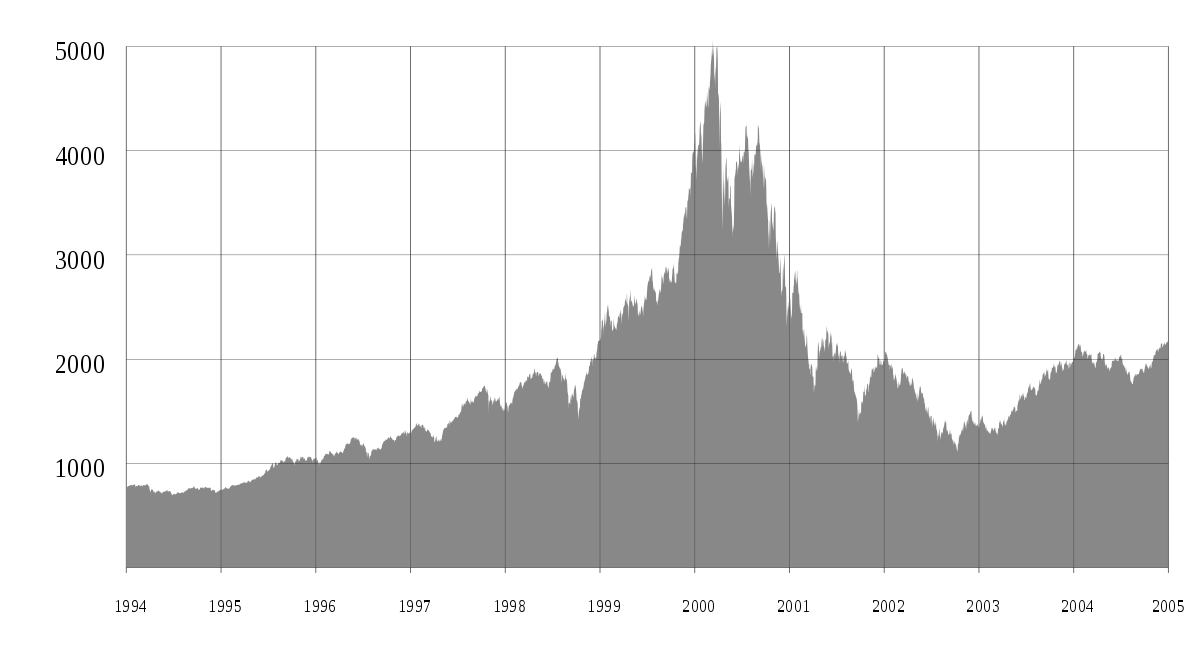 Example 3: The property bubble between 2006 and 2008,when the bankruptcy of Lemon Brothers kicked off the "descent" and the freshest global financial crisis, which was largely due precisely from the hysteria of properties worldwide and the furious granting of mortgage loans in the US, when literally people with average wages took out loans and paid off2, in which cases 3 houses at the same time.

Take a look at the price charts

Ask yourself the following 2 questions:

After you think and answer the first 2 questions, they next question is:

Why didn't property prices fall at the height of the health crisis, as happened during the 2008 crisis?  What's different now?

A sign of a bubble is when the graphs reflecting the prices of a commodity sharply and startlingly go up. It's kind of like the prices of masks.

2020 – the global health crisis and the current situation in Bulgaria:

See the bigger picture of the New Construction in Sofia. Get more email@ access to Up-to-Date Information today.

Why do some economists and analysts say property prices are likely to rise in this precarious situation?

We will discuss the market in Bulgaria and in particular in Sofia. There are several reasons to think that prices will continue to rise in a balanced manner:

Worries about inflation and moving money from bank deposits to properties

If you look at the official inflation statistics, you will see that in Turkey, Venezuela and Argentina things are getting out of hand and there is hyperinflation, but in most countries everything seems to be OK and no problem. If we think beyond official statistics... do you think it's more expensive to live now than it was 5 years ago? How much was your lunch five years ago and now?

Currently , people with higher savings are already worried about hidden inflation and rising commodity prices , and some are starting to move some of their money from banks to property and other investments. Because we know it firsthand, and here's some more data:

Where do you think the safest place for your savings is? Bank, gold, shares, shares of another business, properties... or something?

All listed are variants with different levels of risk. Our advice is for everyone to invest in things they understand... risk of loss is lowest.

Even on the world-famous site Investopedia rank real estate as one of the safe tools to prevent currency devaluation with minimal risk, because historically in the medium and long term property prices are rising.

If melting savings in 1997 as spring snow seems like a very distant and almost unbelievable event to happen again (and i hope no nation does such a thing happen)... it is good not to forget and know:

Example: Commodity prices for a group of basic foods have risen by nearly 30% in the last year!

As Prof . Dimitar Ivanov 1 year ago:

The crisis will be cardinally different from that of the period 2008-2010, as this time it has a mixed economic, financial and geopolitical character. This will be a crisis not of demand but of a supply crisis and, in this sense, I do not agree with the estimates for the prices of oil, energy raw materials, metals and food set out in the budget. These prices will increase much more than planned, and this will also increase the planned inflation.

You can read more about inflation here.

The affinity for property investments of Bulgarians

Bulgarian investment is 2.4% of the total in the company's shares. In The European Commission, this item is 20% of the total (infostock data). We will not discuss whether this is good or not, we will not talk about the investment culture of the Bulgarian, but we will conclude that Bulgarians prefer to invest in property.

In 2015 there was a boom in demand and property transactions caused by the collapse of KTB. The conclusion is that in more uncertain times, Bulgarians prefer investment in property as a more conservative, familiar and secure option to protect their savings.

Demand for labour in the field of IT, technology and management ...

... which, combined with the lowest property prices and living costs in the EU, will attract both foreigners and Bulgarians from abroad.

Currently (April 2021) more than 3,100people are sought in the IT industry alone. This argument is rather our view after hundreds of conversations with businessmen and investors who share the problem of the lack of qualified specialists in combination with the rising salaries for those people who make returning or moving to Bulgaria an option that many people are considering.

According to data from the platform "Bulgaria Wants You"

According to a study of the Bulgarian Association of Software Companies (BASCOM): 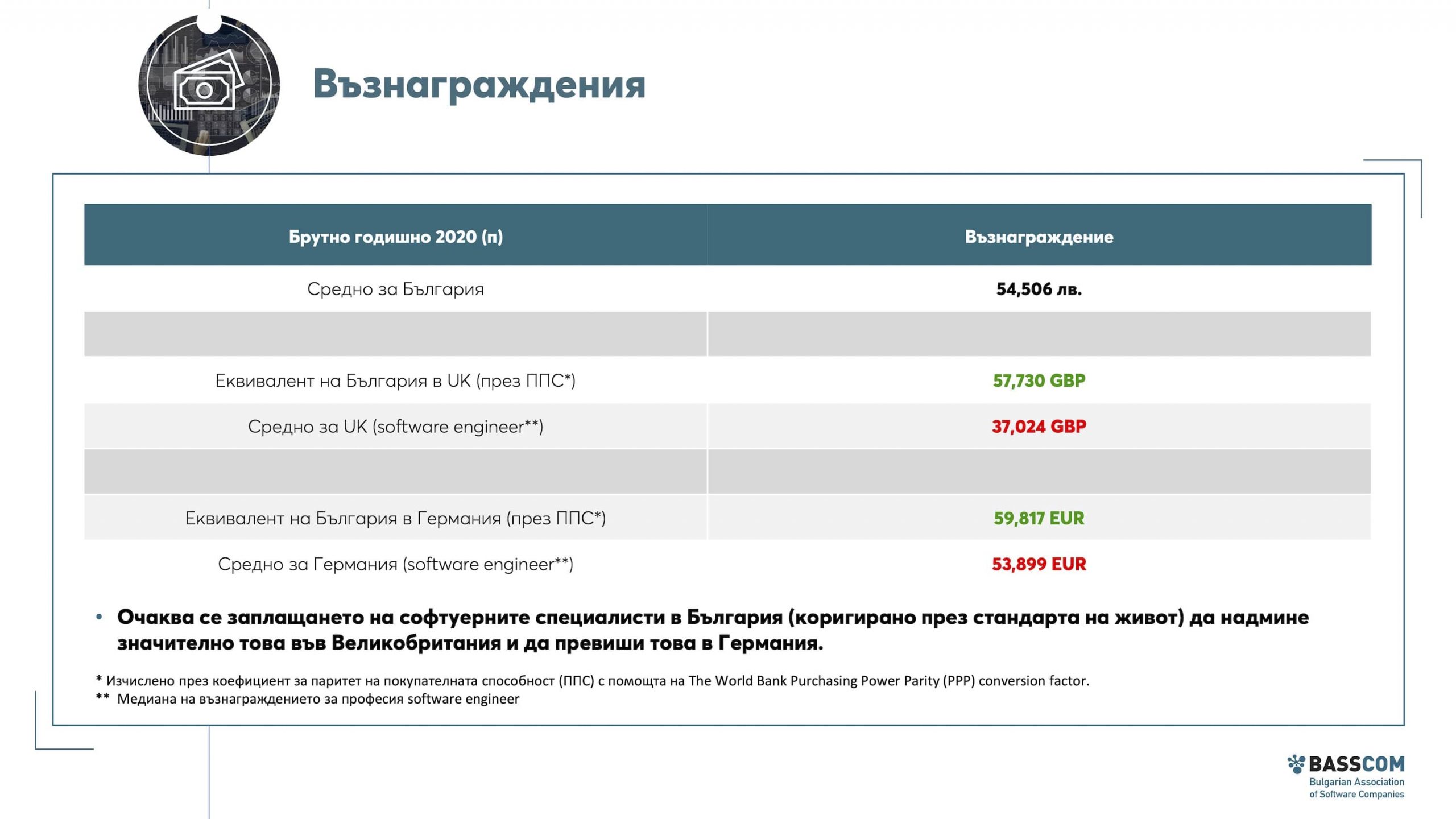 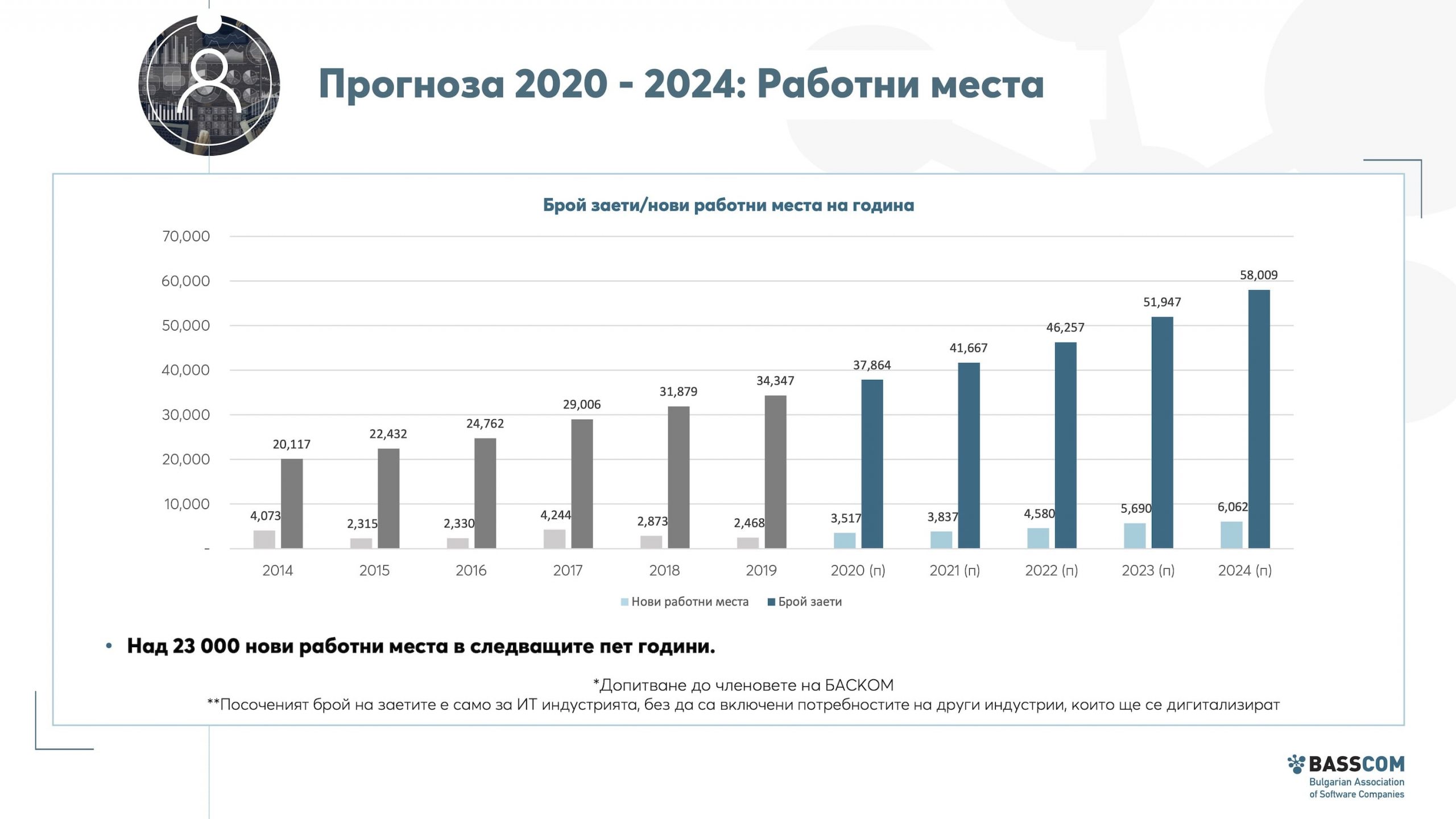 Commodity and commodity prices have risen dramatically in the past year

Let's see what happens to the prices of the main goods and raw materials for the industry, which form the production prices and undoubtedly are reflected in construction prices, which are directly related to property prices.

Iron ore prices have risen by 85 per cent in the past year.

Prices of the main raw materials for the industry (materials used by producers) have risen by 50% in the last year.

The situation will prompt people to invest their savings ...

The commodity price statistics above show that the new "printed" trillions of central banks are already affecting and the rate of currency depreciation is intensifying.

Against the backdrop of sleeping money being devalued, there are also entrepreneurs who create value.

Viktor Manev (who has been inductee for The New Year's Share) shares the following:

It's a good time to be in Bulgaria, at the same time, the number of people who have been in the u.S. for 25%of the time has beenlost. That's about 500% growth in the coming years. Te ca in ce 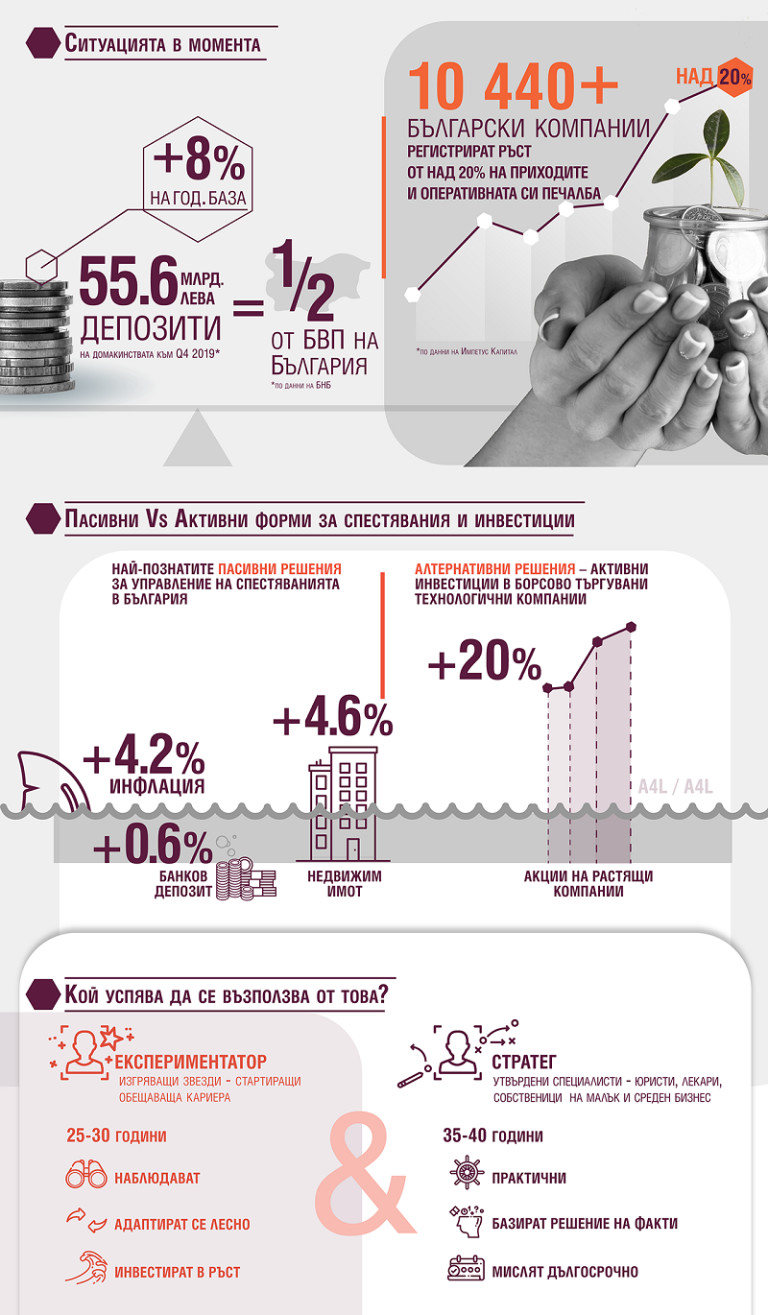 Based on all the facts (not rumors) set out so far, in our opinion:

We decided to be more optimistic, not just by feeling, but interpreting facts and data. Learn, work, develop the smart one, live and invest in Bulgaria!

See a new housing project in Sofia with the most advantageous prices on the market right now! 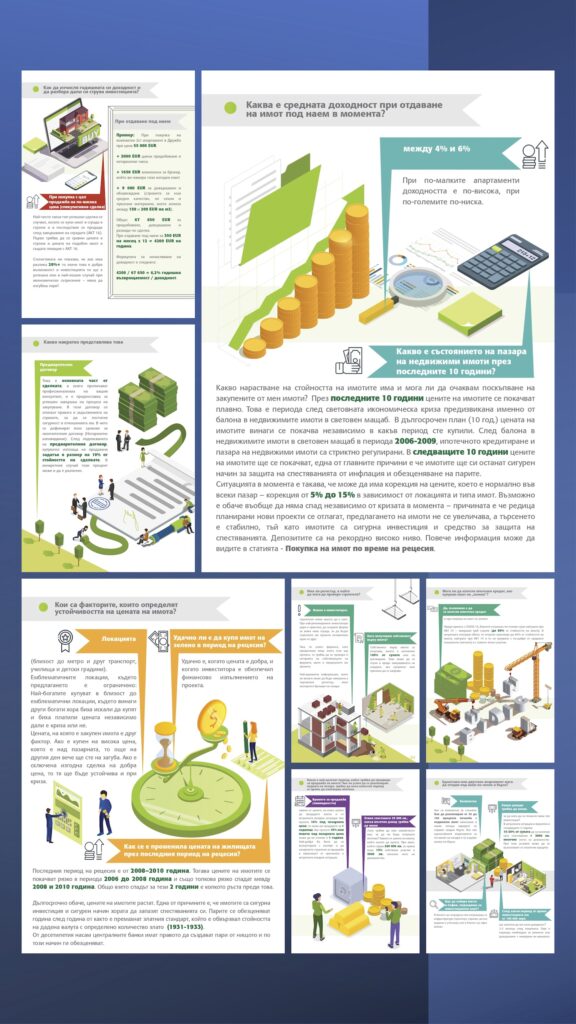 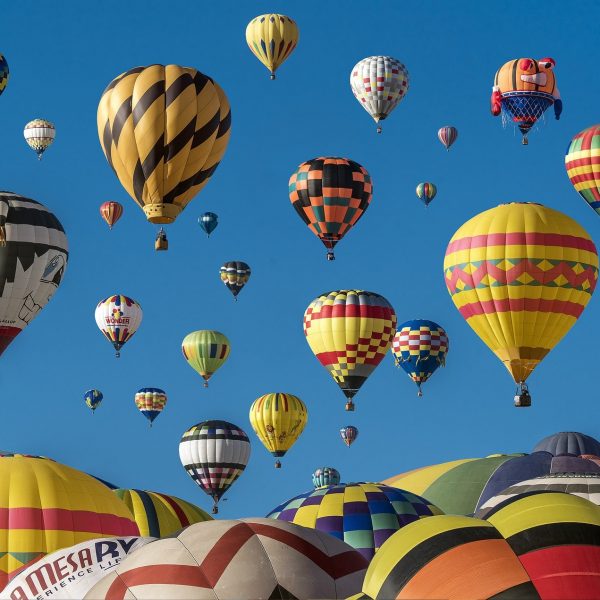 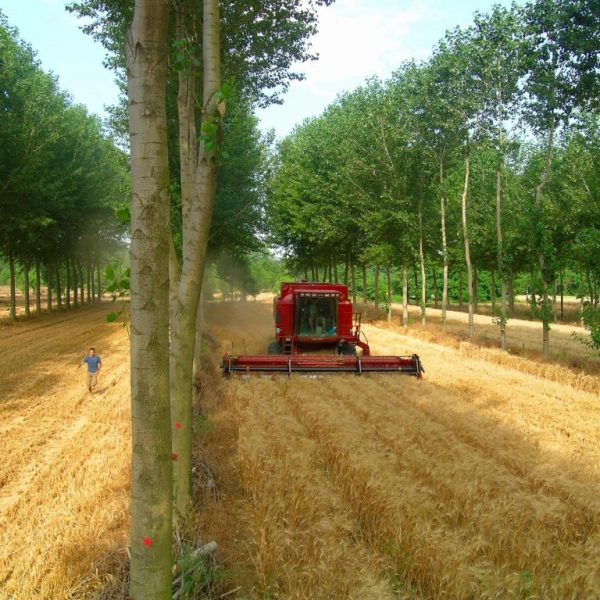